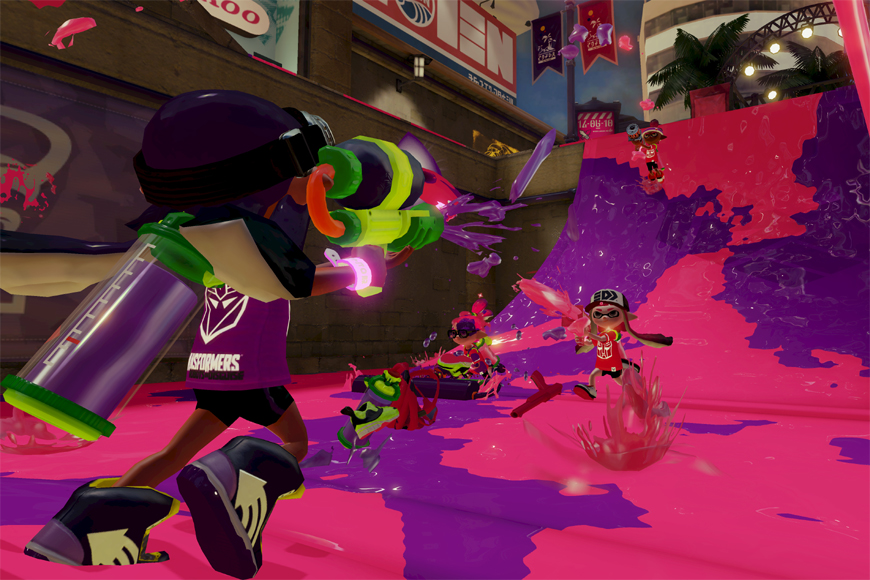 Nintendo hasn’t always been as heavily involved in the world of eSports compared to other game developers, but that might be changing.
There are more Smash Bros tournaments nowadays, as well as the Pokémon UK National Championships – and Pokken competitions are cropping up too. It even has a Twitch channel.
Now Nintendo has teamed up with Gfinity for ‘The Summer of Splat’ – a series of Splatoon community activities running from July 16th to August 7th, including a series of online tournaments called The Great British Splat-Off.
Splatoon is a paint-based multiplayer shooter for Wii U that has more than four million players worldwide.
Battles will take place over the four weekends with teams (matched by Gfinity) fighting to win the best of three.
The tournament has three different leagues:

Each weekend, six winning teams (two from each league) will be given the chance to win tickets where they can compete in a live day of challenges – The Splatoon Fan Fest – at London’s Gfinity Arena on August 27th.
Nintendo is also running competitions on the Splatoon Facebook page, as well as cosplay throughout the four weeks.
Nintendo is also offering a 25% discount on the game from the Nintendo eShop, down from £34.99 to £25.99 between July 7th and July 21st. It’s also released a series of Splatoon ‘Top Tips’ videos.