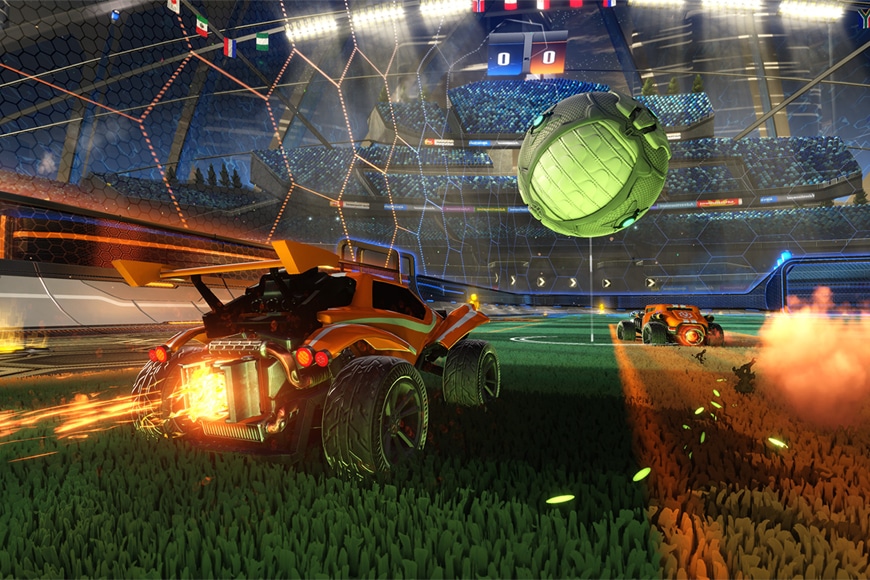 The National University Esports League (NUEL) is hosting its first Rocket League tournament across UK universities this summer.
Signups open on July 1st and close July 21st, with the first one-day tournament getting underway on July 23rd.
It will be fortnightly, with other Rocket League evenings taking place on August 6th and 20th. Matches will be 3v3.
Freshers will be allowed to play in the final tournament on August 20th.
“It falls two days after A-level results day, so we thought it would be a great opportunity to meet next year’s players,” said NUEL founder Josh Williams.
“We’re all aboard the hype train now and looking forward to bringing Rocket League to the NUEL! We’ll be running three One Night Cups over the summer.”
To stay up to date with other announcements, follow the NUEL Rocket League Facebook group.
Other NUEL summer 2016 eSports tournaments include League of Legends, Counter-Strike: Global Offensive and Hearthstone. Check out NUEL’s blog for more details on format and sign ups.
Rocket League has gone from strength to strength since launching one year ago. While it has amassed more than 15 million unique players, and won three BAFTA Games awards (in the Family, Multiplay and Sport categories), Rocket League has yet to establish itself as one of the top competitive eSports games.
The first Rocket League Championship Series was announced earlier this year, with a $75,000 prize pool. The finals take place in Los Angeles on August 6th and 7th.
Check out the story behind the NUEL here.

Wow, sounds brilliant! Didn’t even know universities did Esports teams in the UK