The Insomnia 57 grand finals ended last weekend with CeX DOTA taking the crown yet again, beating Team XENEX 3-1 in the grand finals.
CeX take home £2,500 of the £5,000 total prize pool, with XENEX taking home £1,000. XENEX also came second place at Insomnia 56 earlier this year. With a strong rivalry having been formed between the two teams, XENEX might come out as the underdog and end CeX’s continuing reign, however that didn’t stop us from enjoying what was an entertaining final.
CeX earned their place in the tournament through the online qualifier on March 5th, where they again won against XENEX in a 2-1 victory. Whilst CeX did experience a slight upset in the group stages of the tournament with a 0-2 defeat against Zero Gamesense, they brought it back by maintaining an almost flawless record in the finals, losing only to XENEX.
If you didn’t have a chance to catch all of the tournament or don’t have time to watch it all, we’d highly recommend at least watching game two of the grandfinals between CeX and XENEX to see some of the best DOTA the UK has to offer.
CeX DOTA vs Team Senses: 2-0
The first matchup of the tournament had CeX face off against Team Senses, a strong challenger that managed to secure second place at epic.SEVENTEEN in February this year. Unfortunately, Team Senses went 0-2 to CeX, losing twice to a problematic Lone Druid. Senses fought well in the lower bracket finals, but lost to Rize Gaming in a 2-0 defeat. 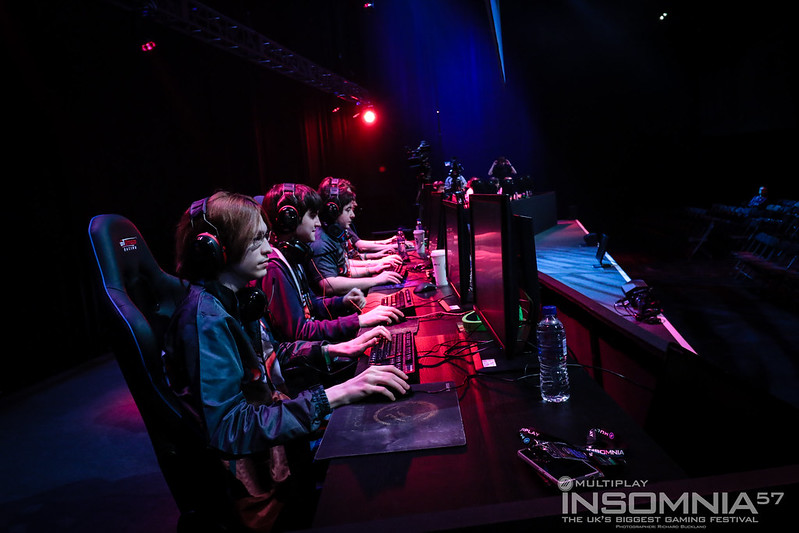 CeX DOTA vs Team XENEX: 2-1
CeX’s second matchup with XENEX was the first clash of the two rivals in the tournament. Game one featured an interesting duo lane by both sides. The active laning stage transitioned into a slower paced game, with both teams not committing to an engagement and instead focusing on farming.
CeX’s networth lead furthered ahead of XENEX with favourable skirmishes. A messy but favorable Roshan fight at the 29 minute mark allowed CeX to push into XENEX’s base, this was then later capitalized on in a 3 for 0 trade that allowed CeX to take multiple lanes of barracks and the game.
Game two was an early game stomp for CeX as multiple failed ganks by XENEX gave them an early lead. However constant pressure on CeX’s Sven by XENEX opened up the opportunity for their cores to get some much needed items. A slow midgame with more successful ganks on Sven allowed the lead to widen, with Roshan being utilized by XENEX to buy time and take T2 and T3 towers.
CeX’s sneaky Roshan at 37 minutes opened up a window to take a teamfight, but strong initiation by XENEX allowed them to take a team fight outside of CeX’s base, resulting in middle lane barracks to be destroyed. Another fight at the 46 minute mark expended Sven’s buyback, and his death shortly after resulted in gg as XENEX pushed the throne.
Game three featured an active early game, with XENEX’s Bounty Hunter achieving 100% kill participation in the first 10 minutes. However a strong fight by CeX at the 11 minute mark resulted in a 4 for 0 trade with Morphling obtaining a triple kill. Another 3 kills at the 15 minute mark further strengthened this lead, with 2 kills on XENEX’s Sven in the same time period widening the gap between the two carries.
XENEX’s teamfights continued to fall victim to the initiation and potential counterinitiation of Silencer, Doom and Batrider. As such, a strong teamfight by CeX resulted in middle barracks being taken at the 25 minute mark. Another teamfight by CeX at 32 minutes left the toplane barracks exposed, with gg called as the final middle T4 towers crumbling.
CeX vs Zero Gamesense: 2-0
Zero Gamesense was a strong contender for first place this tournament, going 3-0 in the group stages and managing to successfully fight off both PerilousRUIN and Rize Gaming; two other exceptional teams. Unfortunately however, ZG was disqualified shortly after losing one game to CeX.
Tournament admin Soup told us that this was due to the team’s attitudes towards admins whilst on a final warning. This warning was originally given after ZG was accused of using tactical pauses to their advantage. Soup has told us that whilst these accusations were difficult to confirm in the small timeframe at the time, upon later review of the replays he believes that the claims were accurate.
GRAND FINAL – CeX vs XENEX: 3-1

With ZG disqualified from the tournament, this meant that CeX were immediately placed into the grand finals, and XENEX followed suit as they beat Rize 2-0.
A one-game advantage under CeX’s belt meant they only had to win two games of this best of five. Unlike the previous games between the two heavyweights earlier in the tournament, game one of this series had a comparatively slower laning stage, with lots of activity in all lanes but first blood not being drawn until 4 minutes in.
With CeX’s Spectre farming almost uncontested in the top lane, XENEX opted to take her down at the 9 minute mark, freeing up Sven take the bottom lane tower and achieve a slight networth lead. This gap furthered with XENEX managing to take multiple engagements favorably. Despite this, CeX still managed to take a 5 for 0 trade at 17 minutes, giving Spectre a triple kill. Another 2 for 0 trade at 19 minutes freed up Roshan to be taken by CeX.
A speedy rotation on to CeX’s Outworld Devourer by XENEX claimed aegis a minute after Roshan falling, and the subsequent 3 for 2 trade bought some time for Sven and Death Prophet to farm. Multiple won teamfights by CeX opened up the opportunity for bottom barracks to be taken at 32 minutes, with gg being called not long after.
Game two saw XENEX pick crowd favorite Pudge and secure both Spectre and Nature’s Prophet. Despite being able to draw first blood, a triple kill was given to CeX’s Outworld Devourer at the 4 minute mark. However, with a strong focus on CeX’s Anti Mage, XENEX managed to work their way back into the game with multiple kills and bottom lane’s T1 tower at the 7 minute mark.
A massive teamfight by XENEX at the 13 minute mark saw the game tip favorably in their lead, with multiple additional kills on AM allowing XENEX’s cores to get some much needed farm. Constant pressure around the map meant that AM’s Battle Fury was delayed until the 19 minute mark, with additional towers and kills lessening the safe areas he had to farm with it. 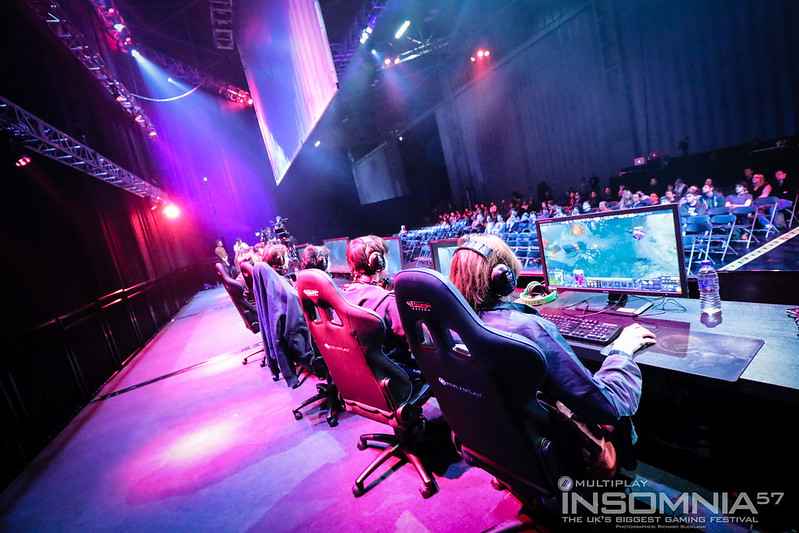 Despite this, CeX managed to take a 4 for 3 trade at the 24 minute mark, with the two survivors from CeX being OD and AM, allowing AM to take the networth lead. A big engagement for XENEX shortly after allowed the team to push into the middle lane towers, however splitpush from AM forced them back into defense.
XENEX’s Spectre’s aegis steal at 43 minutes cracked the game open once again, with XENEX killing off both of CeX’s core heroes and forcing AM to buyback. A dieback from OD shortly after allowed XENEX to take CeX’s top lane barracks, however CeX soon evened out this advantage with AM taking XENEX’s top lane barracks mid-teamfight.
The objectives now even, XENEX forced down middle lane and managed to take down AM, again forcing out buyback. However another stolen aegis from XENEX’s Spectre and a kill on to AM sees CeX gg out as they are unable to defend their entire base from destruction.
Game three saw Spectre banned outright, with Nyx being picked up by XENEX to try and counter CeX’s Outworld Devourer and Death Prophet. During the laning stage, middle lane saw DP outfarm XENEX’s Windranger considerably, and a dual offlane of Lich and Faceless Void allowed CeX to contest Lycan’s farm. 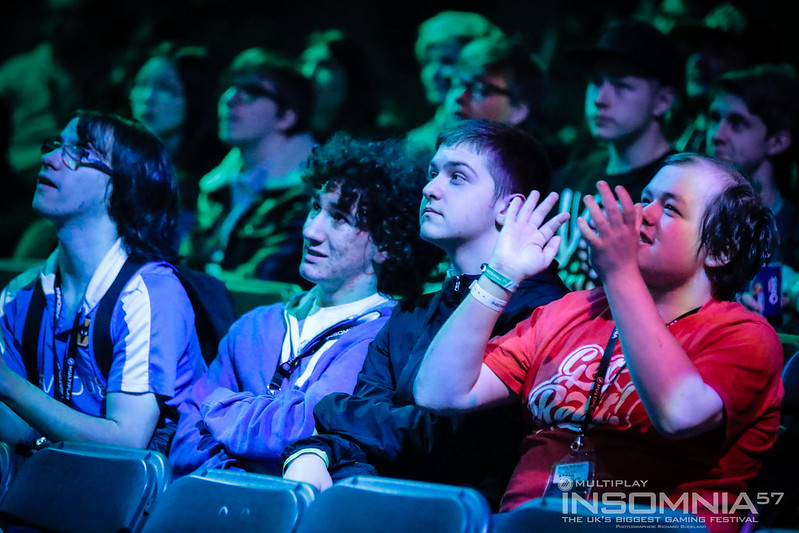 With two T1 towers taken by the 10 minute mark and a massive lead on DP the game was comfortably in CeX’s favor. A triple kill by DP at the 12 minute mark further strengthened this lead, and additional map control was taken from XENEX’s already underfarmed Lycan.
A third tower by CeX opened up room to take Roshan with DP’s ult 15 minutes in. Despite strong use of the Lycan wolves being used to scout out and fight around CeX, XENEX still fell victim to multiple ganks. A brief turnaround by XENEX was achieved at the 21 minute mark however as they managed to take down DP, OD and a middle T1 tower.
Lycan and WR did manage to crawl back on the networth charts to almost as even as CeX’s cores, but an aegis allowed CeX to brute force XENEX’s middle barracks at 32 minutes. A subsequent teamfight outside the rosh pit at 36 minutes in saw 4 of XENEX’s team go down, opening up an opportunity for CeX to push into the bottom lane of barracks. A dieback from Lycan shortly after resulted in XENEX calling gg, and allowed CeX to take the tournament in a 3-1 victory.

In-depth interview with TFT players Xeno, Kiezo and Nutri on the current state of game and if it can...
Rainbow Six Siege ESL Premiership returns for 2020 Spring Season
Overreactions (week 3): All Hail King Aux, Dragdar is the UKLC's best support and having good intern...