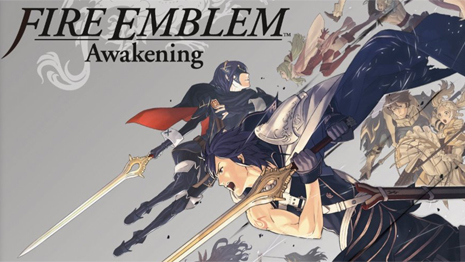 Fire Emblem Awakening is a cracking tactical RPG for the Nintendo 3DS, but it’s not easy to know when to use a Master Seal or Second Seal to change or upgrade your class.
We explain how to get the best out of your characters by re-specialising them at the right time in this Seal guide.

About Skills
First off, it’s important to know the basics of skills. Each character can have a maximum of five skills selected at once. You can unlock more than five skills per character, but you can only pick five to use in-battle. These skills grant useful commands such as Rally Strength, which gives allies within a three-tile radius +4 Strength, and passive abilities like Locktouch, which lets characters open doors and chests without needing a key, for example.
Base classes unlock a skill at level 1 and another at level 10, and advanced classes unlock a skill at level 5 and again at level 15.
If you want to get more skills, you’ll need to change class. For example, if your base class becomes an advanced class using a Master Seal, then you take on a new base class using a Second Seal, and finally upgrade to another advanced class using another Master Seal, you should have acquired eight skills in that time. Then you can pick your favourite five, for example.
When to use a Master Seal
A Master Seal will change your base class to an advanced class. For example, Chrom’s base class is Lord and his advanced class is Great Lord, which grants him the ability to wield lances as well as swords.
You can only use a Master Seal from level 10 onwards. The level cap for a base class is 20, and that’s when we recommend you use a Master Seal. Why? Because from level 10 to 20, your character will have gained lots of stat points, thus making them stronger. But if you’re impatient, or playing on normal/casual mode, or both, it really doesn’t matter too much.
However, there’s more to changing character classes than just that.
How Second Seals work
A Second Seal allows you to change your character’s class, either into a new base class or advanced class. Why go back into a base class? The advantage of using a Second Seal is to further customise your character, learn a wider variety of skills, continue levelling up and ultimately boost your stats further and become stronger.
If your character has a base class, you must reach level 10 before being allowed to use a Second Sea and change to another base classl. If your character has an advanced class, you can use a Second Seal at any level. Reach level 10 in the advanced class (or level 30 in a special class) and you’ll also be able to re-specialise into a different advanced class right away. Reach your character’s maximum level and you can use a Second Seal to start at level one in the same class, which lets you carry on improving your stats each time you level up.
Your custom character is the only one that can use a Second Seal to change to any base class, with the exception of special classes (Dancer, Lord,  Taguel, Villager, Lodestar, Conqueror, Manakete).
So when should you use a Second Seal?
It really depends on what you want from your character. For example, our Tactician avatar character hit level 20, and we used a Second Seal to make him a Mercenary. When he hit level 20 again, we used a Master Seal to make him a Bow Knight. And characters can only become Bow Knights if their base class was an Archer or Mercenary.
However, some players prefer to use a Second Seal as soon as they’ve hit level 10 in their base class, particularly if they’re not interested in the skills offered by that base class’ upgraded advanced class. This allows them to level up, reach their preferred advanced class – and the skills this offers – faster.
Class list
There are tons of base and advanced classes in Fire Emblem Awakening. Here’s a handy class list on Serenes Forest. You can also check out this list of available base and advanced classes for each specific character.
Where to get Seals
You will find them in maps, from enemies, in chests and also from random merchants that appear on the map temporarily, after chapter 4. Early on in the game, always buy one of these when you can, as once the merchant is gone, you may have to wait a while before another crops up.
You can get Master Seals regularly around chapter 12 and chapter 13.
You can get Second Seals from the Mila Tree after chapter 16, or if Cordelia is already married, completing Paralogue 10 and getting  them after chapter 14.
What about Dread Scrolls/Wedding Bouquets?
These are like Second Seals, but will change your character’s class to a Dread Fighter (using a Dread Scroll) or Bride (using a Wedding Bouquet) only.

Worth nothing- Female MUs can get Galeforce because they can become Dark Riders. This is game-breaking.